There has recently been a major quandary with admission test into Medical Colleges resulting in massive disappointment and untold distress for many bright brilliant minds destined for distinguished health professional career in the Country shattering those sprouting spirits implicitly dedicated to suffering humanity.

There has been obvious reactive response to such a calamity, protest and street agitation, emotions giving way to violence, brutality and destructive exploits.

This in fact, no doubt in my mind, is the reflection, an indication and only a tip of the iceberg that the entire health profession and Bangladesh health care has began its rapid descent risking slide into oblivion in the very near future.

Do you know that in Bangladesh there are almost 21,000 recently qualified Medical Graduates who have no regular job and not on any Training Program?? Next year there will be another 9,000 joining the que and another probably 10,000 a year on then after. The Medical Profession has arrived at its apocalypse with the health care in BD facing Armageddon. That is the reality. Only the unemployed doctors with family to look after without possibility of any job prospect in the near future is enduring the pinch, they have indeed been pushed out of the frying pan into the open fire.

Astonishingly there appears to have hardly any concern expressed by the representative organisations associated with health care and health profession including the trade unions of the doctors community and there is definitely no co-ordinated discussion or consolidated approach to resolving this impending national crisis of mammoth magnitude.

I have returned home after 32 years except a short stint in the middle with a view to ensure high standards of medical education in Bangladesh through development of an effective medical workforce both now and in the future with support, assistance both academic and technical and any other from the Royal College of Surgeons of England. With this endeavour I have built an education and training institute, using an inclusive profit generating but not merely a profit oriented model that will provide education through clinical component and every other mode of training in order to help the medical graduates knowing the skills of high quality medical training comprehensively. The Institute RAHETID Royal College of Surgeons Assisted Hospital, Education and Training Institute Dhaka is still in an embryonic stage, slowly but steadily attempting to germinate into a stout sapling.

Question is when I have just returned from the UK after such a long period, do I dare to venture into the hotbed of genuine but intricately poised outrageously tempestuous infuriation? Will that bring the desired outcome? I have never been one to go confrontational immediately, would like to gather information further on situation through direct contact with the people on the ground and suffering and would like to explore all the avenues of negotiated settlement. So under the circumstances my desire would be to meet the community and discuss lawful, constitutional, persuasive and structured dialogue with the authority emphasising on policy resulting in good governance and greater good for the Citizens.

We need to work together to reverse this cataclysmic catastrophe only the unemployed thousands of doctors now can feel in their bones and we have no more time as we have arrived at the fringe of the profession’s ruination and must somehow influence new policy on post-graduate medical training to creat adequate number of proper training posts for General Practice and Hospital Specialty with established reciprocal referral system that will demand massive investment into capacity building in training opportunities both in country and outside in public, private, public-private partnership, indigenous and with external collaboration.

We must also ensure that admission into medical colleges is honest, fair, clean, moral and virtuous and not knavish, debase, deleterious as it has been conducted this year and most definitely detrimental to the very concept of the profession. The admission process should have been halted, results cancelled a long way back and fresh admission process started as soon as the corrupt misadventure was exposed. It is indeed sickening to observe that despite solid evidence the authorities decided to implement the result. There is no accountability, the fraudulent, perfidious and profiteering practice is allowed unabated. Do the leadership of the profession sleeps when malpractice continues, are they part of this profiteering nefarious racket  or are they just ignorant. It is really hard to believe that such educationally privileged, intellectually endowed, socially confederated, politically connected community like the medical profession does hardly wave a finger in protest against such vicious attack against the profession. Who should we then hold responsible other than the inept leadership. May be time is rapidly disappearing for us to rectify way of our conduct as members of such a resourceful community.

We should be seeking dialogue with the highest authorities of the Land. In a rapidly evolving situation such as medical admission debacle I would much like to announce my intention to all of my involvement in the reform and planning and implementation of policy process related to the health of the Nation. 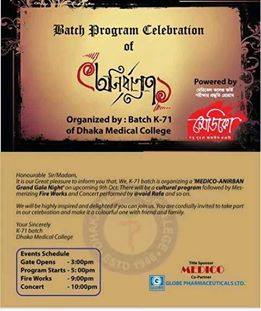